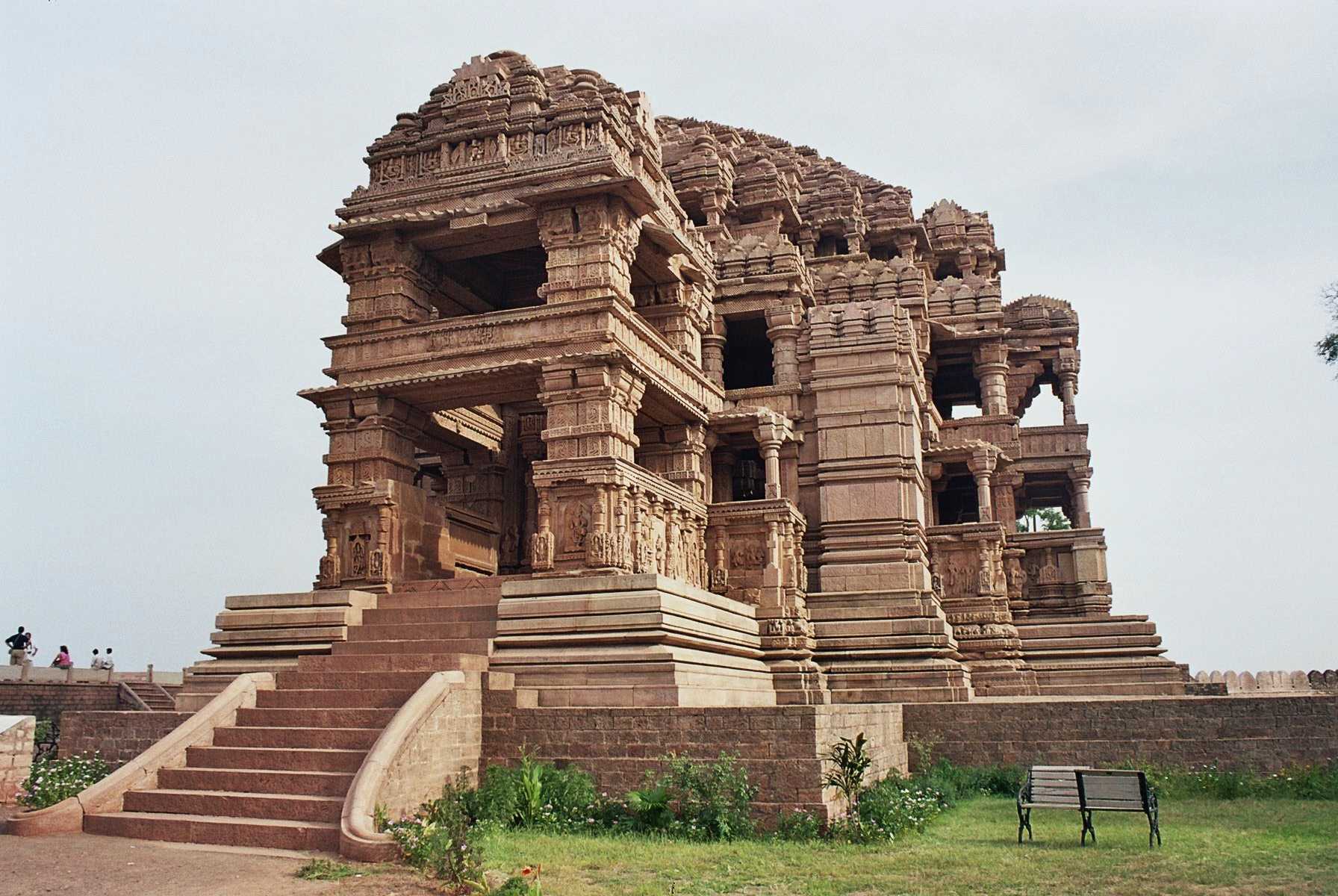 Sasbahu Temple is an 11th-century twin temple in Gwalior, Madhya Pradesh, India. The temple's tower and sanctum has been destroyed, but its architecture and damaged carvings can still be appreciated from the ruins. The Sas temple has a square sanctum attached to a rectangular two storey antarala and a closed three storey mandapa with three entrances. The temple main entrance porch has four carved Ruchaka ghatapallava-style pillars that are load-bearing. The walls and lintels are intricately carved, though much defaced. On the lintel of the entrances, friezes of Krishna-leela scenes are carved inside, while the outer side narrate legends from other Hindu texts. Above the lintel is Garuda, the vanaha of Vishnu.